Bike shares have without a doubt made an impact on the transportation industry. Go to any major city, and I guarantee you will see just as many of these bikes on the roads as cars. As busy city streets continue to create challenges for those getting to and from work, bike shares have provided commuters with more efficient, affordable, and environmentally friendly alternatives to driving. 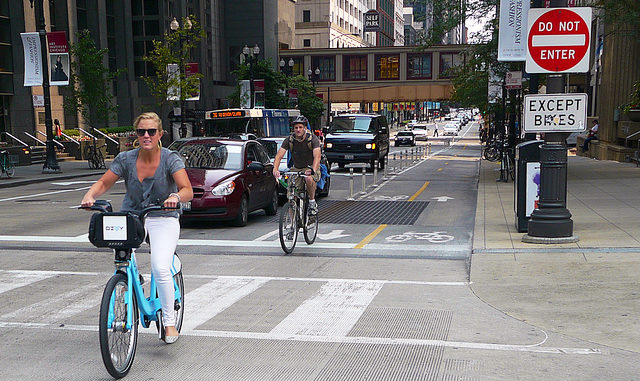 The bike share market is a hot commodity right now. New companies are appearing everywhere, competing to offer the best bike share experience. The industry has grown so much to the point that even the automotive giant Ford has tried its hands in the bike share game.

In an effort to one-up the competition, many companies have put their own spin on how their bike share programs will operate.  One of the latest trends has been the “dockless” bike phenomenon. Dockless bike shares were created with the intent of providing riders with even more convenience.

If a person wants to rent a bike, all they have to do is download an app, locate and walk to the nearest bike, scan a QR code to unlock it, and they are good to go. Once finished, they can simply park the bike where they are at and carry on. Although it might seem accommodating, what many companies claim to be the greatest benefit from going dockless also seems to be one of the biggest challenges for these programs to overcome.  Once riders are finished using them, they are then allowed to leave their bikes just about anywhere.

While this feature allows for users to get around without the worry of having to check-in their bike or station it at a registered dock, the biggest obstacles lie in the potential for both safety and property damage. Cities that have piloted these dockless bike shares across the country are running into the same problems. Bikes are being left in the most random of places, cluttering sidewalks, and creating a number of public safety risks. 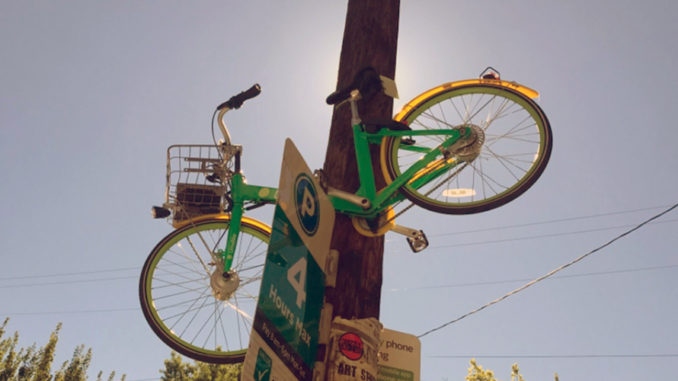 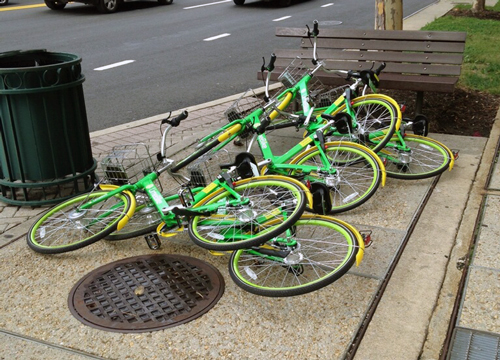 The problem is a lack of enforcement. While most dockless bike shares require users to sign an agreement saying they will park their bikes legally after use, there is nothing ensuring that people will actually do so. Aside from parking them in inappropriate locations, there has also been the problems with vandalism and theft. Not having the bike secured to a rack or bike dock makes them easy targets. There have already been numerous reports of bikes being stolen, piled up, having tires slashed, and even being parked in trees and other obscure places.

There is no doubt that this is an issue that bike shares are going to have to address. While it may not seem trivial now, as more cities continue to bring in bike shares, many fear that the problem is only going to escalate. Something needs to be done to ensure the responsible use of dockless bikes.

Maybe, going dockless isn’t the solution. Bike racks ensure uniformity and help enforce riders to park the bike in a safe manner. They also help to ensure bike security. I understand that dockless bikes may appear to be more accommodating for customers, but just because something is convenient doesn’t always make it the best option.

Many cities have already run pilot programs and encountered a number of problems. So the thought of what can happen if they bring in more dockless bikes seems quite problematic.  If they are already having troubles with the pilot program, who knows what will happen once they expand it. But, if dockless is the direction that bike shares continue to go, then cities must do something to increase the amount of available bike parking to support these bikes.

There’s no doubt in my mind that bike shares are having a positive impact on our communities. They are encouraging more people to pursue healthier lifestyles and helping the environment by taking more cars off the road. The one thing that I do not want is for the irresponsible use and handling of dockless bikes to be detrimental to the entire bike sharing movement as a whole.

Bike friendly cities are growing. Along with major metropolitan areas, universities and corporate headquarters are heading initiatives to grow bicyclist communities. Altogether, their impact on access and usability of bicycles has made getting around on bikes easier...

5 Essential Safety Tips for Riding Your Bike at Night

Written by Amanda Wilks There’s no question about it, biking at night is significantly more dangerous than riding during the day. It’s also a whole lot of fun, and sometimes the only way to get home. Let’s look into what you can do to ensure your after dark cycling... 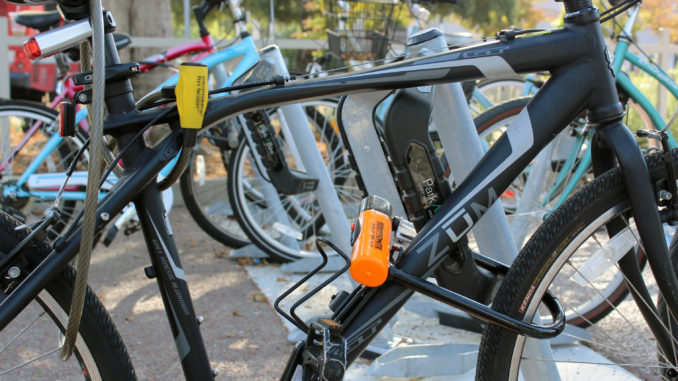 Biking around campus as a college student, I would say one of the worst experiences I ever had was having my bike stolen. There is no worse feeling than coming out of three-hour class only to realize that your bike is nowhere in sight. I think what frustrated me the...